It is important that you can identify invasive plants on your premises. This will allow you to manage and deal with them in the most appropriate way.

Identifying invasive plants on a site early lets developers assess and cost options for destroying, disposing of and managing them.

Managing land infested by invasive plants in a timely and appropriate way can avoid: 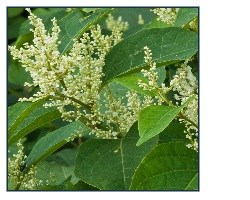 Japanese knotweed begins to grow in early spring and can grow in any type of soil, no matter how poor. It can grow as much as 20 centimetres per day, and can reach a height of 1.5 metres by May and 3 metres by June. It does not produce viable seeds in the UK, but instead spreads through rhizome (underground root-like stem) fragments and cut stems. Japanese knotweed:

# has leaves arranged in a zig-zag pattern along the stem

# can form dense clumps that can be several metres deep

# produces clusters of cream flowers towards the end of July

# dies back between September and November, leaving brown stems 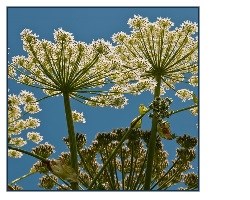 You should take great care when identifying giant hogweed. Contact with the plant, particularly the sap, can lead to severe blistering and scarring.

# flowers in June and July

# has flower heads that are usually 50 centimetres wide - each flower head is capable of producing 50,000 seeds

# has seeds that can stay in the soil for several years before they develop.

Himalayan balsam is often found on river banks, growing up to 2 metres in height. Each plant lasts for one year and dies at the end of the growing season. Himalayan balsam:

# flowers from June to October

# has large, brightly coloured flowers that are usually in variable shades from purple to pale pink

# can produce around 2,500 seeds per plant each year

# has explosive seed pods that can throw seeds over 6 metres away from the plant.

Other species of invasive plants in the UK include:

Your legal responsibilities in Northern Ireland

Your legal responsibilities in Scotland

Handling and working with invasive plants