A day with Hydrology

As an intern with NetRegs I am lucky enough to spend days with other departments within SEPA, this month I spent a day out in the field with the Hydrology department.

Visits to gauging stations are one main part of the role of a hydrologist, each station needs to be visited monthly to ensure it is well maintained and the equipment is calibrated as accurately as possible. Gauging stations are where river level data is collected, they are a small hut, cabin or box located on the bank of a river. Inside they contain various instruments and equipment for measuring and recording river level data, during a visit this data is downloaded and later uploaded onto the archive. 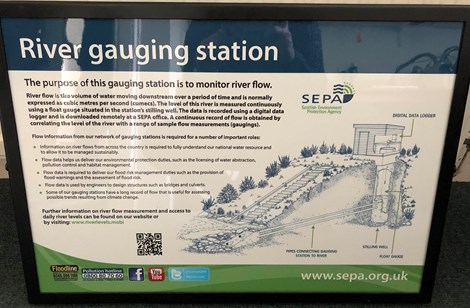 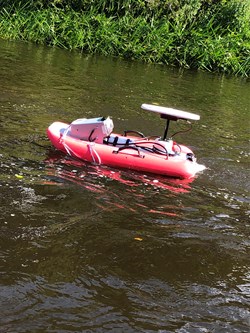 River levels are monitored directly and then flow is calculated using a “rating equation” that is individually defined for each gauging station. Accurate rating equations are important as these are used to predict flooding and send out flood warnings. Regular gaugings of the rivers flow are routinely carried out to maintain an accurate calibration of the gauging station rating equation. River gauging is often carried out using one of three methods: by wading the river and using a prop gauge and current meter; by suspending the prop gauge from the winch and cableway system; or by using the ADCP radio controlled boats.

To make sure business is prepared for flooding visit the managing flood risk pages on Netregs.

For information on flooding and to sign up to flood alerts visit Floodline.